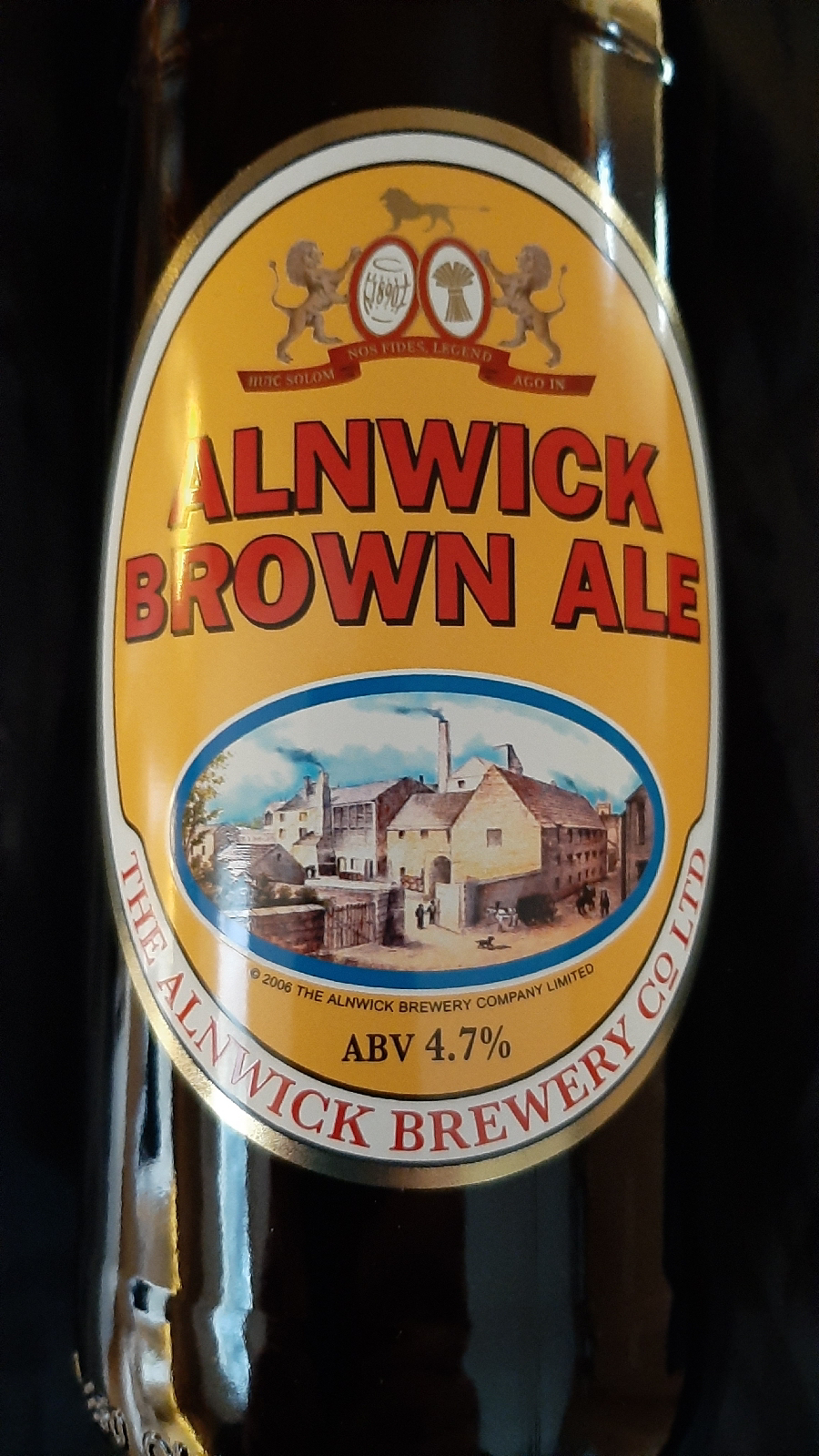 The brewery: "The Alnwick Brewery Company Limited initially started to brew beer in Alnwick from around 1750’s from a site in the town’s Dispensary Street. Sadly, in the 1960’s the buildings were pulled down before they could be listed, and the brewery temporarily closed only to be relaunched again in 2005 by the son of the original brewery’s last managing director. In 2013 the business was acquired by the Harry Hotspur group who also merged into it the significant brewing skills and brewery of another local brewer (namely the former VIP Brewery at Hawkhill)."
The beer: "An old classic tweaked to be fuller bodied, with hugely satisfying results. It is brewed in the tradition of historic Tyne & Wear brown ales.  A beautiful deep reddish-brown, the flavour is complex with hints of dried fruit, and a lovely hoppy balance."
I liked the fact that this was fuller bodied. Not my favourite of the Alnwick ales but still very drinkable. April 2022. Related entries.