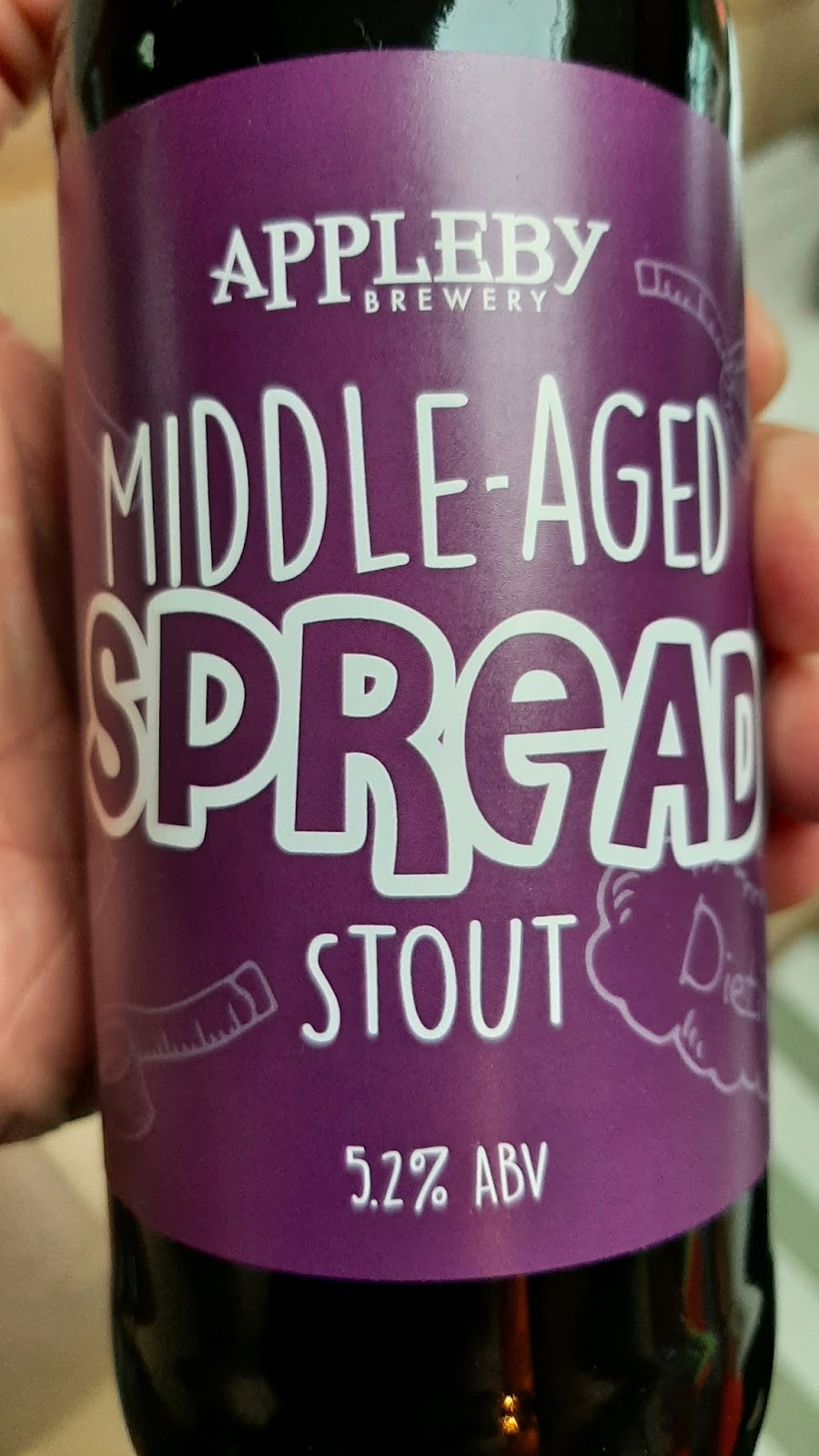 The brewery: “Appleby Brewery was bought by Bowness Bay Brewery in 2019, and their beers are believed to be currently produced at the Bowness Bay Brewery in Kendal. For the record, Appleby Brewery was founded in 2014, and production began in March 2015.”
The beer: "Middle-Aged Spread is an ideal name for a beer which is a 'Stout'. It is dark, nutty, chocolatey and rich, perfect for winter firesides. So the next time someone says you are getting a middle aged spread, the only correct response is 'Good idea, I think I will'
Love the sentiment and loved the beer, despite it not being drunk by the fireside in winter. Very rich, full bodied and tasty. Procured at the Kirby Londsale branch of Booths who, in my experience, keep a wide range of real ale in their stores. 5.2% A.B.V.