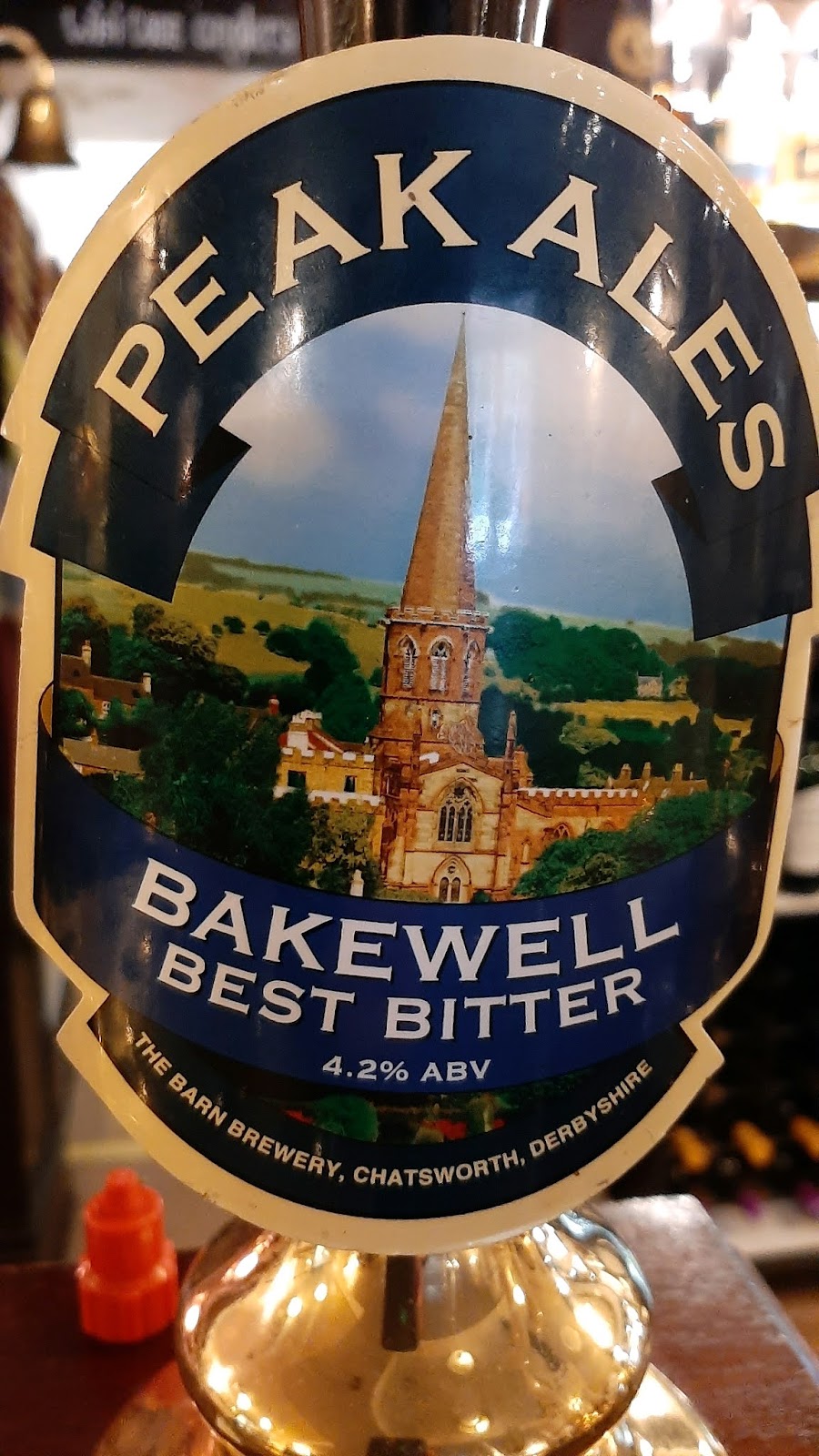 The brewery: "In 2003 Robert and Debra Evans had a carefully prepared plan – sell the house, uproot their family, leave secure jobs and set up a microbrewery in the Peak District…..Chatsworth suggested he took a look at Cunnery Barn on the Chatsworth Estate, the barn buildings were in disrepair but the potential was obvious; the perfect location for a microbrewery had been discovered. Two years later and after many hurdles including planning, electricity, drainage, renovation, finance and resident barn owls, the first beer had been brewed and the owls had a purpose built nesting box – no other barn owls in Derbyshire have accommodation so grand!”
The beer: "Bakewell Best is a robust amber coloured ale. It is dry and firmly bitter, with some roasted malt flavours and plenty of grassy hops. The first brew by Peak Ales in 2005 named Bakewell Best is a classic bitter, one that is a favourite choice for those who love a traditional ale brewed in the Peak District."
A return visit to the Anglers Rest in Millers Dale brought with it the opportunity to try another from the Peak Ales range - and one that's much more to my taste. A superb pint, I really enjoyed this, but then it is my favourite style of beer.
August 2021