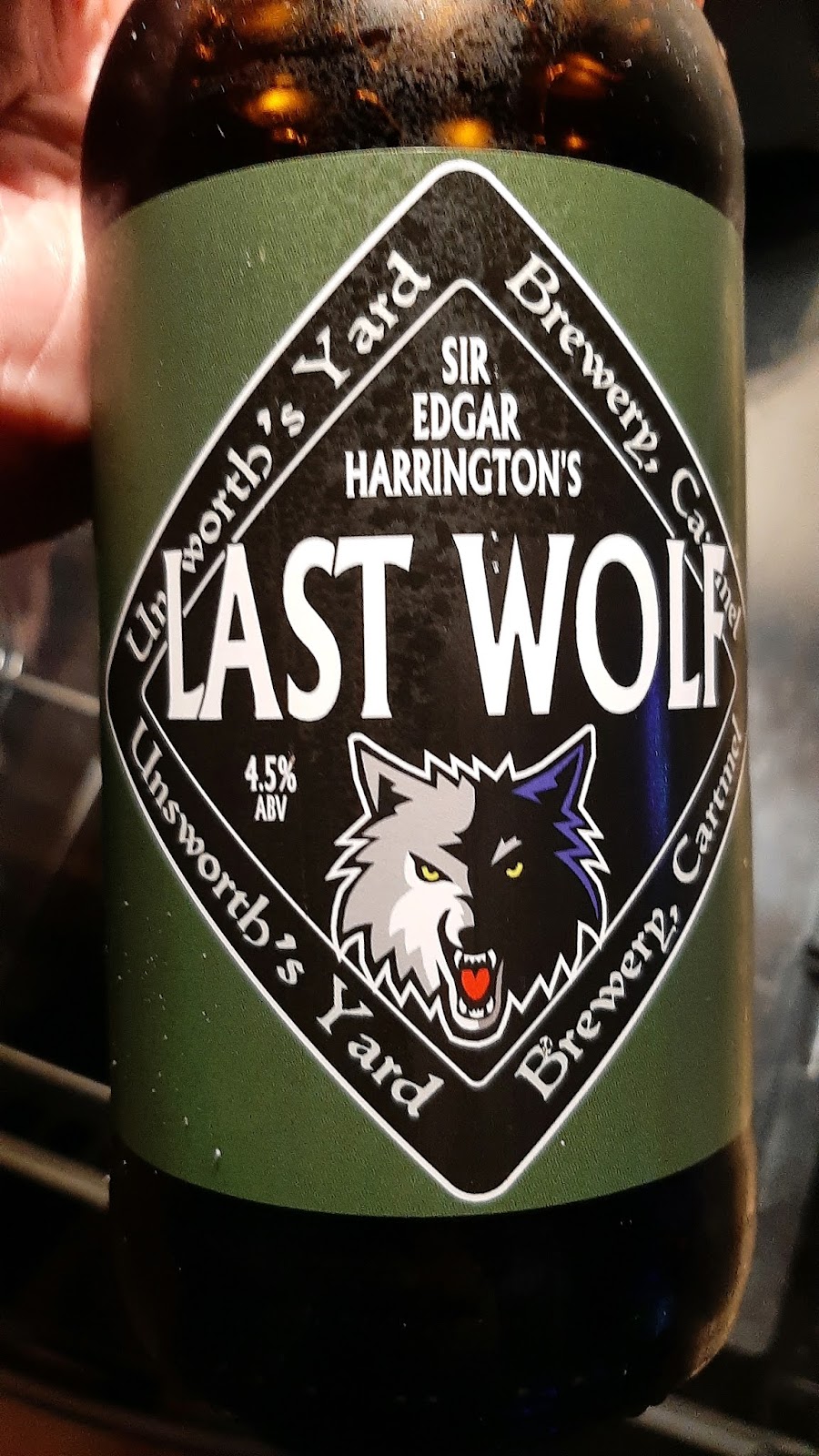 The brewery: "Unsworth’s Yard Brewery was opened in January 2012 by brothers Peter and David Unsworth. The yard that gives the brewery its name was developed by the brothers from their family’s haulage and garage business which had previously operated on this site, opposite Cartmel Priory, continuously since 1922."
The beer: "Style: Red-brown ale Tasting: rich malty bitterness with red fruits and chocolate notes Provenance: English grown, floor malted, Maris Otter pale and roasted barley. Traditional English hop varieties. Behind the name: dedicated to the tenacity of the legendary Last Wolf in England, killed locally at Humphrey Head by a Knight, the estranged son of Sir Edgar, to win the hand of Edgar’s ward and niece, the beautiful Adela. Find out more about the legend at www.wolves.live/the-last-wolf-in-england."
Another tasty red from my time in Cumbria. Delicious. 4.3% A.B.V.
August 2021. Related entries